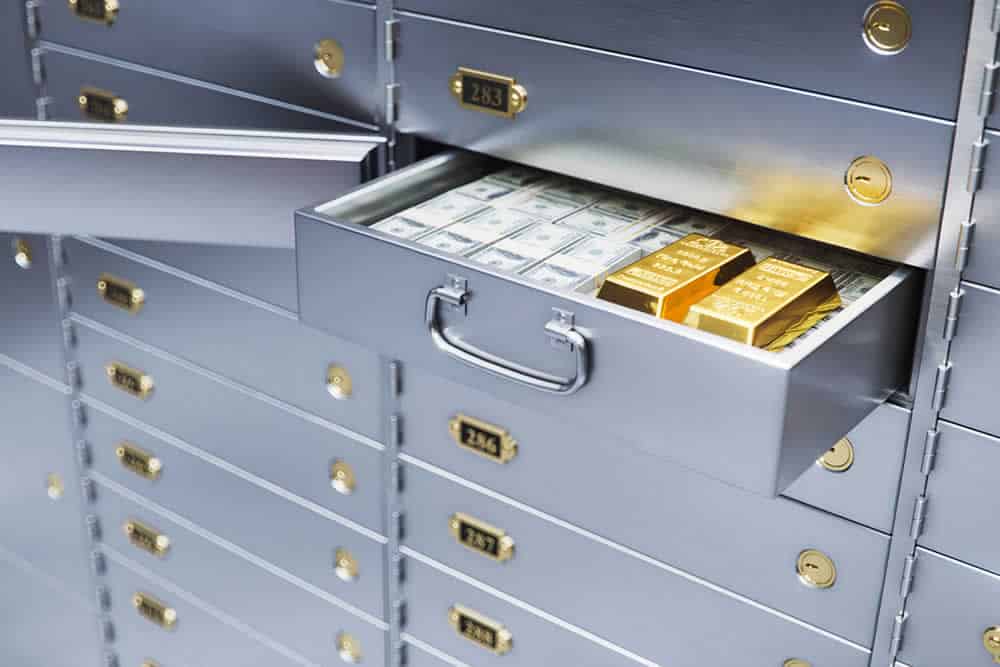 Posted at 13:02h in Asset Protection, Private Bank by Admin

People often use the phrase “It’s money in the bank” to describe a situation in which they are absolutely certain of the outcome – 100% sure.

This is because they assume that money in the bank is safe and guaranteed to be there when they want or need it.

Unfortunately, that is not the case.

When you turn your money over to the bank as a deposit, you are giving the bank your permission to use it while they have it.   Maybe you thought the bank was obligated to pay your money back on demand in the form of cash. According to the co-authored document by the FDIC and the Bank of England called “Resolving Globally Active, Systemically Important, Financial Institutions”, (https://www.fdic.gov/about/srac/2012/gsifi.pdf) IOUs will be converted into “bank equity.” The bank will get the money and the depositor will get stock in the bank. With any luck the depositor may be able to sell the stock to someone else, but when and at what price?

Why does it matter? Because if the bank’s IOUs are converted to bank stock, they will no longer be subject to insurance protection by the FDIC, but will be “at risk” and vulnerable to being wiped out, just as the Lehman Brothers shareholders were in 2008.

So, while your cash may still be available for your use, the money in your account essentially becomes an unsecured debt obligation… which makes you, technically and legally, an unsecured creditor of the bank.

In past historical times, you could go to your bank whenever you need, request a withdrawal, and get your money.

However, in an economic melt-down or “bail-in,” that process will become much more difficult (if not impossible) to do so, and here’s why.

On July 21, 2010, The Dodd-Frank Wall Street Reform and Consumer Protection Act (commonly referred to as Dodd-Frank) was signed into law by President Obama. The intent of Dodd-Frank was to reform the U.S. financial system and reduce the risks that helped to create the 2008 financial crisis. There are numerous components to Dodd-Frank, but let’s focus on just one section: Title II, the Orderly Liquidation Provision of Dodd-Frank, which establishes the Orderly Liquidation Authority (OLA).

The following paragraph is taken directly from Section 204 of the Dodd-Frank Act:

“PURPOSE OF ORDERLY LIQUIDATION AUTHORITY – It is the purpose of this title to provide the necessary authority to liquidate failing financial companies that pose a significant risk to the financial stability of the United States in a manner that mitigates such risk and minimizes moral hazard. The authority provided in this title shall be exercised in the manner that best fulfills such purpose, so that – (1) creditors and shareholders will bear the losses of the financial company; (2) management responsible for the condition of the financial company will not be retained; and (3) the Corporation and other appropriate agencies will take all steps necessary and appropriate to assure that all parties, including management, directors, and third parties, having responsibility for the condition of the financial company bear losses consistent with their responsibility, including actions for damages, restitution, and recoupment of compensation and other gains not compatible with such responsibility.”

The key statement above for us as depositors is “creditors and shareholders will bear the losses of the financial company.” Now remember that as a depositor, you are an unsecured creditor of the bank. Back in 2008, large financial institutions like AIG, Bank of America, Citigroup, JPMorgan Chase and Wells Fargo received federal government sponsored bailout money, courtesy of taxpayers (you and I). The Dodd-Frank act now precludes the federal government from any future bailouts of “systemically important financial institutions” (SIFIs) — those that pose risk to the overall financial system. While this was done with the intent to protect taxpayers in the future, bailouts have now been replaced with the possibility of bail-ins. With a bail-in, creditors and shareholders will bear the losses rather than the taxpayers. But creditors and accountholders are one and the same, so many Americans will still be wiped out in a bail-in.

But wait!…..here’s more. These SIFIs have trillions of dollars in derivative contracts, which are complex financial instruments such as credit default swaps and collateralized debt obligations. You may have heard these terms back in 2008 as derivatives were imploding, helping to speed the financial crisis along. According to the Office of the Comptroller of the Currency’s Quarterly Report on Bank Trading and Derivatives Activity — Second Quarter 2018, the total current value of the derivatives on the books of the largest banks in the country was $207.2 trillion — an impressive number. According to the report, “The four banks with the most derivative activity hold 89.9% of all bank derivatives, while the largest 25 banks account for nearly 100% of all contracts. The four banks with the most derivative activity are JPMorgan Chase, Bank of America, Citibank and Goldman Sachs.”

Under the Dodd-Frank Act and the 2005 Bankruptcy Act, derivative claims have super-priority status, which means those claims will be paid before any other creditors. Imagine having your money in a bank with trillions of dollars in derivatives exposure. If that bank fails, posing a systemic financial risk to the United States, what happens to your money on deposit? Your funds could be seized by the FDIC to satisfy the bank’s financial obligations under the Orderly Liquidation Authority (although supposedly, this will only impact funds above the $250,000 limit insured by the FDIC).

If you have more than $250,000 in the bank all in one account, or in various accounts under the same responsible party name and social security number, it’s possible that any amount over that limit could be used to recapitalize the bank. Then, you would be issued equity (or stock shares) in the new, recapitalized bank. But there is no guarantee of restructured bank value, if any at all exists, and who knows what the value of that stock will be.

You say, “I don’t have more than $250K in the bank, so I don’t care.”  Not so fast my friend, for those of you with less than $250,000 in the bank, there’s another issue. According to the FDIC website, at the end of 2017 the FDIC’s Deposit Insurance Fund (DIF) had $92.7 billion to insure total insurable deposits of $7.1 trillion. That means the FDIC only had enough funds to protect 1.3 cents of every dollar of insured deposits. How would you like to get $0.013 cents for every $1 that you had deposited?! If only one of the major banks failed, it could wipe out the entire DIF.

The FDIC was established to protect the safety of bank deposits. But with the current laws in place, the only safe place for your fiat cash (government issued currency) assets are in a Private Banking strategy.

If you want to develop a plan to protect your fiat cash assets, and eliminate the risk of a train-wreck being paid only $0.013 cents of your fiat cash money in a bail-in, let us help.